Which Fictional Character Would Make The Best Portfolio Manager?

To me, the answer is obviously Bugs Bunny.

I have never once seen that rabbit lose his cool, no matter the situation. His incentives - carrots - are transparent and reasonable. He wins all the time, and has 72 years of experience. What more could you want?

Quite a spectrum, it turns out.
I've now asked this question about forty times to groups at CFA Societies and big financial firms, and there are some really interesting patterns in the way people respond.
Here's a chart of responses from the training program at a large global asset manager this past July: 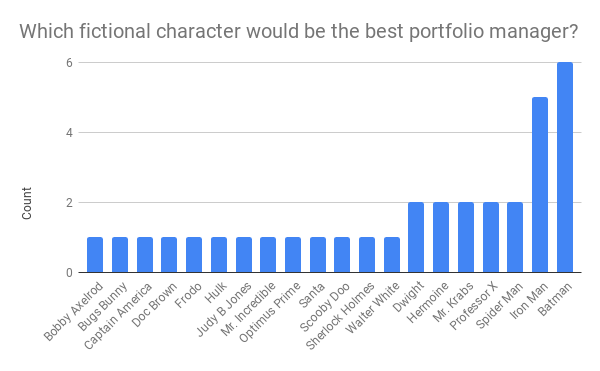 Whoever said Bobby Axelrod has me terrified. I'm more interested in how consistently the group picked superheroes though.

Here's another window into the data: 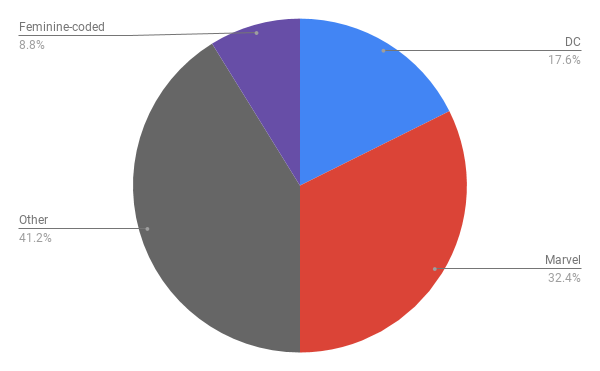 Female-coded characters barely featured. Roughly four times more essays put forward characters from the Marvel Universe.
This response comes from a group of millennials that was diverse on any metric one might care to measure, and it shows one of the subtle ways our unconscious biases play into our professional activities.
I would much rather have Hermione Granger as a portfolio manager than Iron Man, Spider Man, Professor X, Captain America, and the Hulk. Imagine what "administration costs" would come to after the five level a city block yet again. Expenses always make it to the end investor somehow.
DC's Batman is often the most common response, and I hope it's because he's the first person that comes to mind for some people. I get that he's developed his capabilities through hard work and innovation, but can't see this as a healthy answer. Batman's job is to put violence on people, and Bruce Wayne is a brooding billionare that's out of touch with his emotions and his community. We're looking for the best portfolio manager, not the fictional character who most reminds us of one.
Batman won again with a more experienced group at the CFA Society of New York recently. Here's the data from that session: 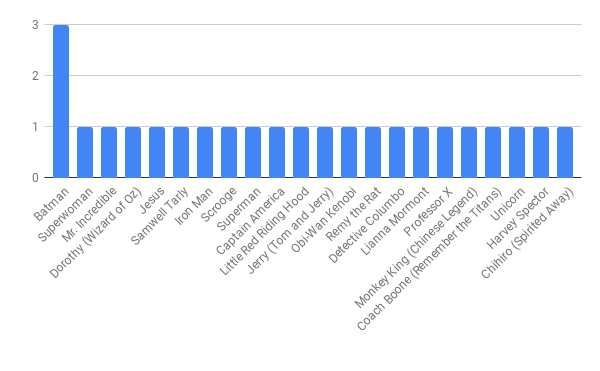 I find these answers much more satisfying despite the continued popularity of a certain caped crusader. Here's why: