The Hon. Joshua Gotbaum is a visiting scholar at the Brookings Institution in Economic Studies and a former director of the Pension Benefit Guaranty Corporation. That's the government-run insurer which covers private pension plans in the United States, effectively backstopping about 40 million retirees.
It's not unusual to see dire projections associated with the PBGC. This chart is from their most recent projections report, and shows the probability that its multi-employer program will go insolvent. Things don't look good in 15 years or so. 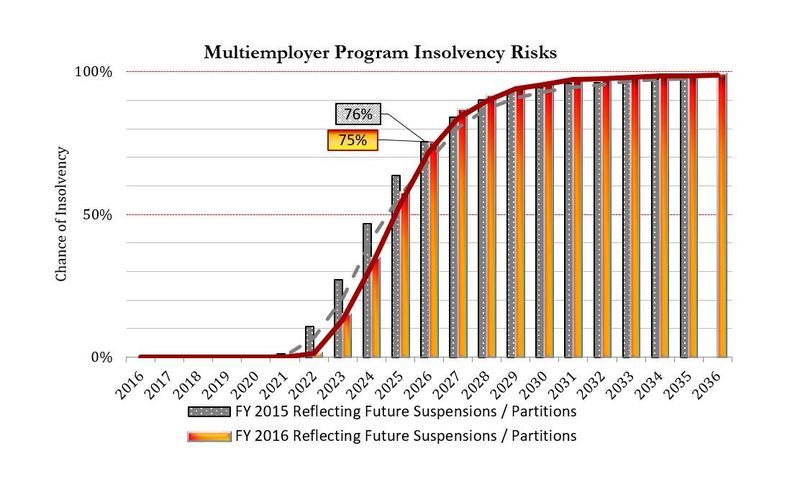 That scary tidbit is a common headline, but there's much more to the story. Josh and I spoke last week before his keynote address at the CFA Society of New York's US Retirement and Entitlement Crisis conference, and managed to cover a lot of nuance in just a few minutes.
Download Full_Interview.mp4
Older Newer