This is the essay I wrote for the SAT in 2008. Be nice. The date is approximate, and clearly I was (am) a huge nerd. I've included scans of it in handwritten form as well. We were given 25 minutes to respond to a quotation.

The one I received was from President Abraham Lincoln: "Folks are usually as happy as they make up their minds to be."

There is a perceptible flaw in the argument that happiness is controllable. This argument says that one’s mental state rests entirely in the hands of the person in question. The simplicity of this argument and its apparent unassailability disguise the statement’s true nature, which merely describes one circumstance in a full spectrum of possibility.

Paul Erdos, a brilliant mathematician, once tried to find a formulaic way of expressing the outcome of a social circumstance. He came up with the mathematical statement that Happiness equals Reality over Expected Reality.

This is far from being an unassailable formula, but one can see that if either the variable (E) or (R) is close to zero, an off-the-charts result will come.

A circumstance where E was zero would be a complete surprise. Any value of R would give back an undefined result. Therefore (at least mathematically speaking) a surprise would result in complete happiness.

A circumstance where (R) is zero would result in an abject lack of happiness (H=0). This circumstance lies outside of the subject’s control.

Therefore, the statement which here states that happiness is controllable and subject only to an individual is flawed.

Happiness depends on two variables, one of which is not controllable. The statement that one can make up one’s mind to be happy is not a truism, but instead a description of a circumstance.

It is true that one can contribute to the overall mental picture. Meds, after all control one out of two variables that dictate our mental state. This explains the observation used to support the theory that we can decide to be happy. In a situation where we can have the same experience, R would be a constant. Variable E would fluctuate from person to person. Thus, the same experience could yield different levels of happiness.

Therefore, happiness is in some cases a choice. There is no way to compensate for a disappointing reality, though Lincoln’s statement accurately describes a circumstance where reality never disappoints. It is unassailable in that it describes a position of a greater truth. Happiness is not an accident, but not entirely a choice. 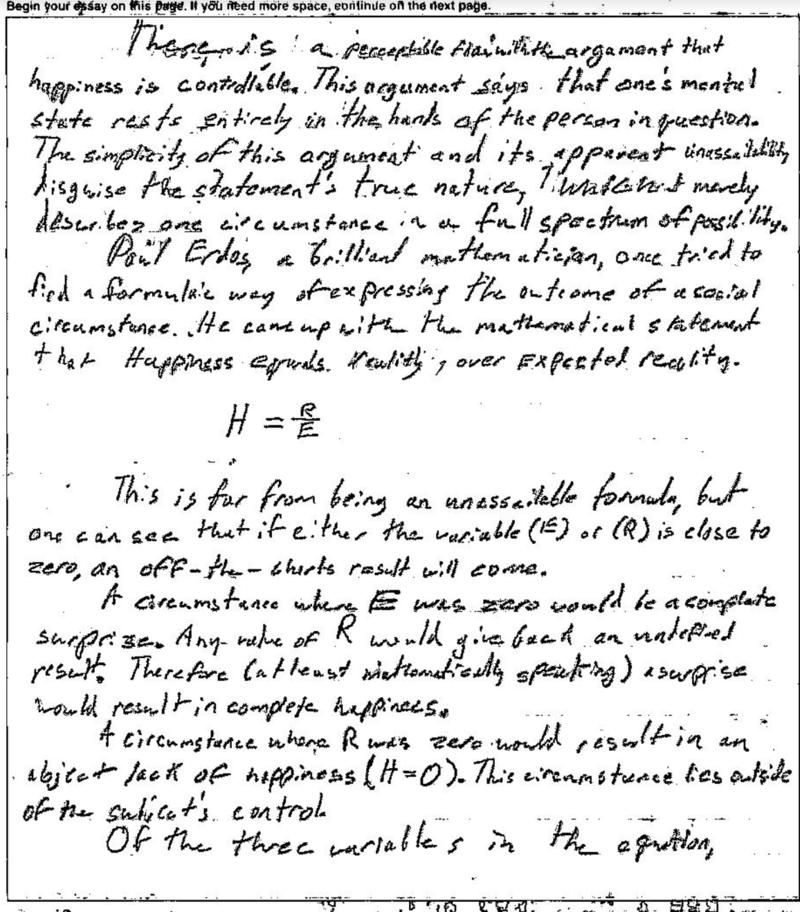 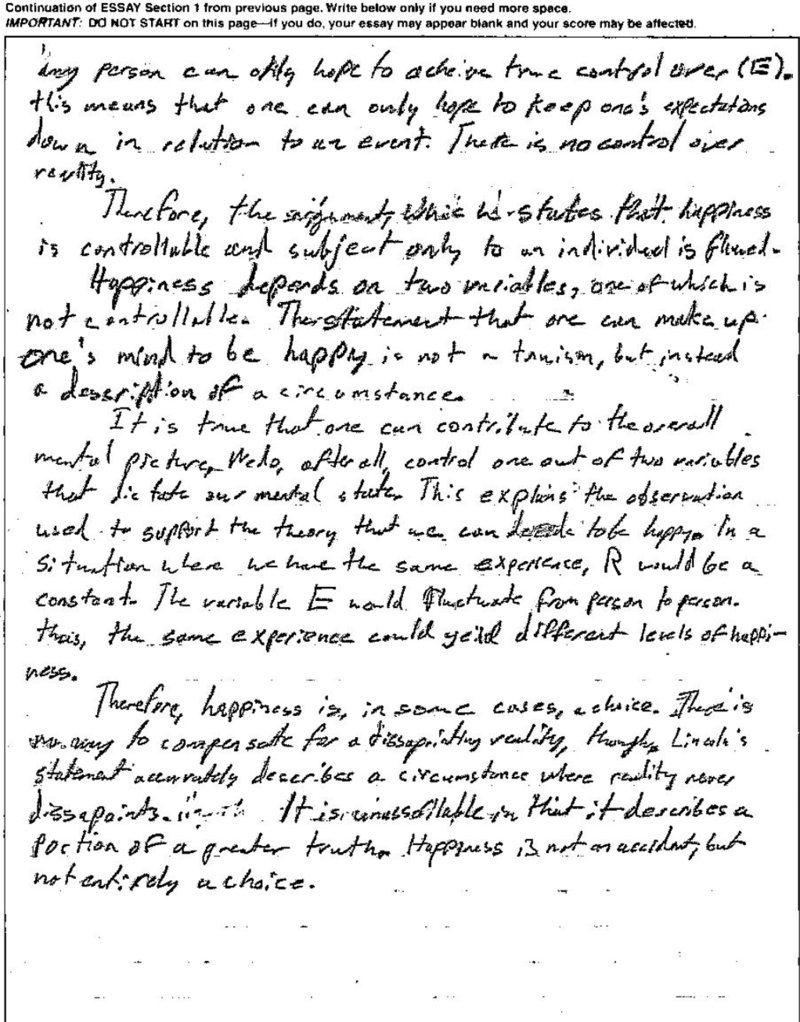