Pioneering in Wall Street: How Women Came and Stayed and Conquered (1927)

I spotted a remarkable artifact this weekend while vintage shopping: a 1927 copy of Century magazine with an essay by Eugenia Wallace entitled Pioneering in Wall Street: How Women Came and Stayed and Conquered.

Her legacy is essentially un-googleable, but the perspective Wallace shares is stunning for both its optimism and the candor with which she recounts the entry of women into the investment business. All I know about her at the moment is what's said in the magazine:

Eugenia Wallace came from the south to grow up around Columbia University, where she both studied and taught. In the pre-feminist day she braved the pits of Wall Street, as she describes in her article, and later became one of the leaders in the street's "woman movement." After the war Miss Wallace was vice-president of the committee that organized the National Federation of Business and Professional Women's Clubs, and served on the boards of many business, vocational, employment and other committees. In her leisure moments Miss Wallace delivers an occasional lecture, writes a short story, a magazine article or publishes a book.

I haven't been able to find any of her other writings, but am looking for them and expect to write a longer piece soon. Century was at one point the most popular magazine in the country, so this was an early mainstream moment. Here is the cover: 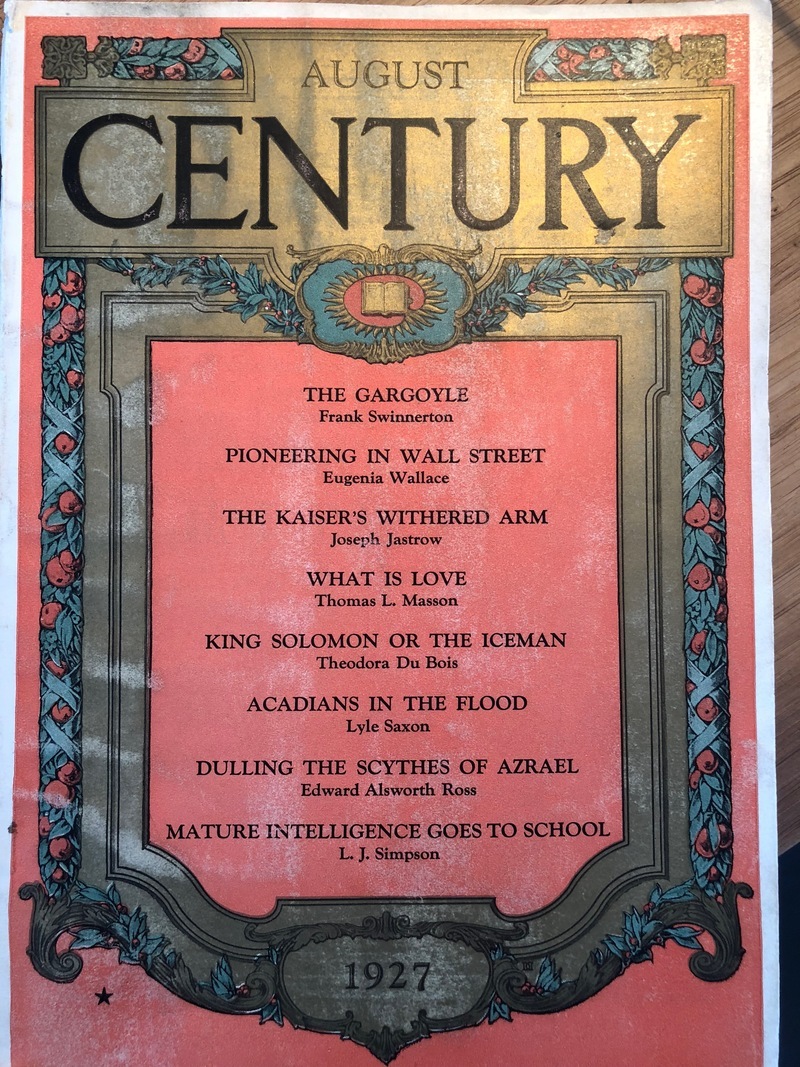 And here is the article she wrote: