Head Over Heels Into Controversy

The new musicial Head Over Heels drew some pretty strong criticism from New York Times theater critic Ben Brantley. His criticism was met with criticism, and his review has since been significantly edited. The paper issued a statement to accompany the revisions.
Why the Sturm und Drang? A few of the sentences were a less than perfect treatment of the play's queer themes. Which are many. And Mr. Brantley does not appear to be a fan of camp in the first place. To my reading, most of the now-missing sentences objected to the play's many puns about transgender and non-binary identity as somewhat heavy handed. To me and many others  with transgender/queer identities, this is both fine and good fun.
A long way of saying: Brantley's critique has a strain of "kids get off my lawn" to my ear. Anyway, My Mom and I went last night because it sounded very awesome to us.
Here's the description:

HEAD OVER HEELS is the bold new musical comedy from the visionaries that rocked Broadway with Hedwig and the Angry Inch, Avenue Q and Spring Awakening. This laugh-out-loud love story is set to the music of the iconic 1980's all-female rock band The Go-Go's, including the hit songs, “We Got the Beat,” “Our Lips Are Sealed,” “Vacation,” Belinda Carlisle's “Heaven is a Place on Earth” and “Mad About You.”

I mean, come on.
My mom — who had her hip replaced six months ago — and I were dancing in the aisles. But it's not for everyone. She put it well: "It's the gayest show I've ever seen on broadway." This is quite a statement. When she's feeling well, mom will see six shows in a week. That's a decent sample, and allows for a simple theory about the controversy: maybe it's a little too gay for Broadway, at least as policed by Mr. Brantley.
To me and perhaps to others, this is a fundamental achievement. Almost like discovering a new element of the periodic table. The play's time on Broadway may have all the stability of unobtanium, or whatever else our best and brightest have cooked up in laboratory conditions, but it will have a certain gravity to many of us. Not least because Peppermint's broadway debut is the first time a trans woman has originated a role on Broadway.
So you should go while it's still up. Last night's show was not well enough attended. And we had a lot of fun: 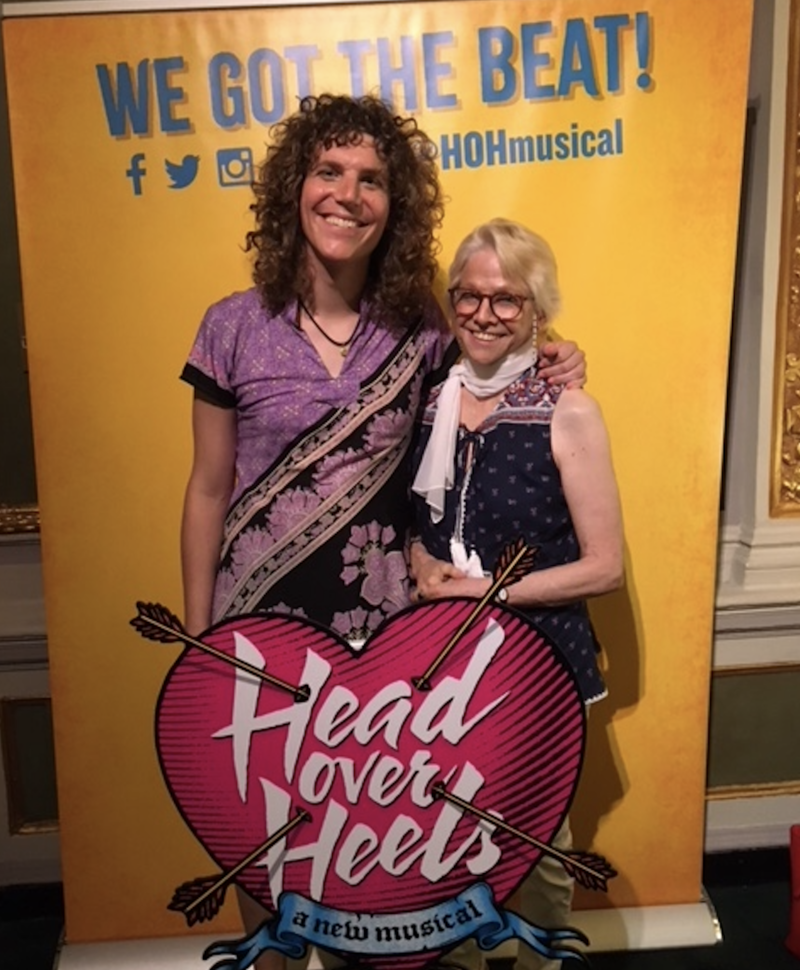