It's amazing what you can learn from an out of date map.
I've rediscovered the Brooklyn Public Library, and have been exploring their stacks online. The most recent interesting acquaintance is a nearly 100 year old atlas. It's in the public domain (and you can flip through it here) but the pages have a patina I much prefer.
Colonial possessions are the obvious difference between then and today, but it's also just amazing how little the mapmakers knew about the world they drew so precisely. 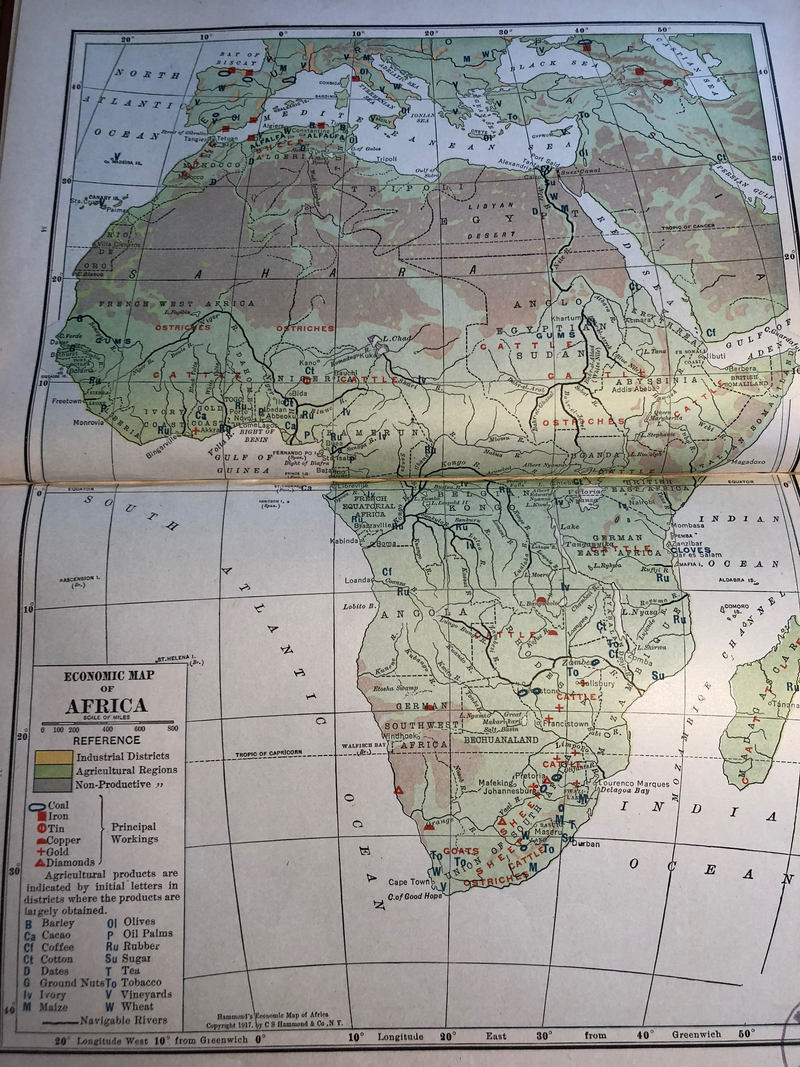 Africa has 1/3 of the world's minerals. You may have heard of a "resource curse" many of its countries have paradoxically experienced. But not much of it was on the map 100 years ago.
The Atlas of Economic Complexity is lovely if you'd like a look at how things are now, but there's also subtle stuff inside this book that's really interesting. For instance, take a good look at this "Economic Map of North America" and get ready to compare it with the following map of Mexico. 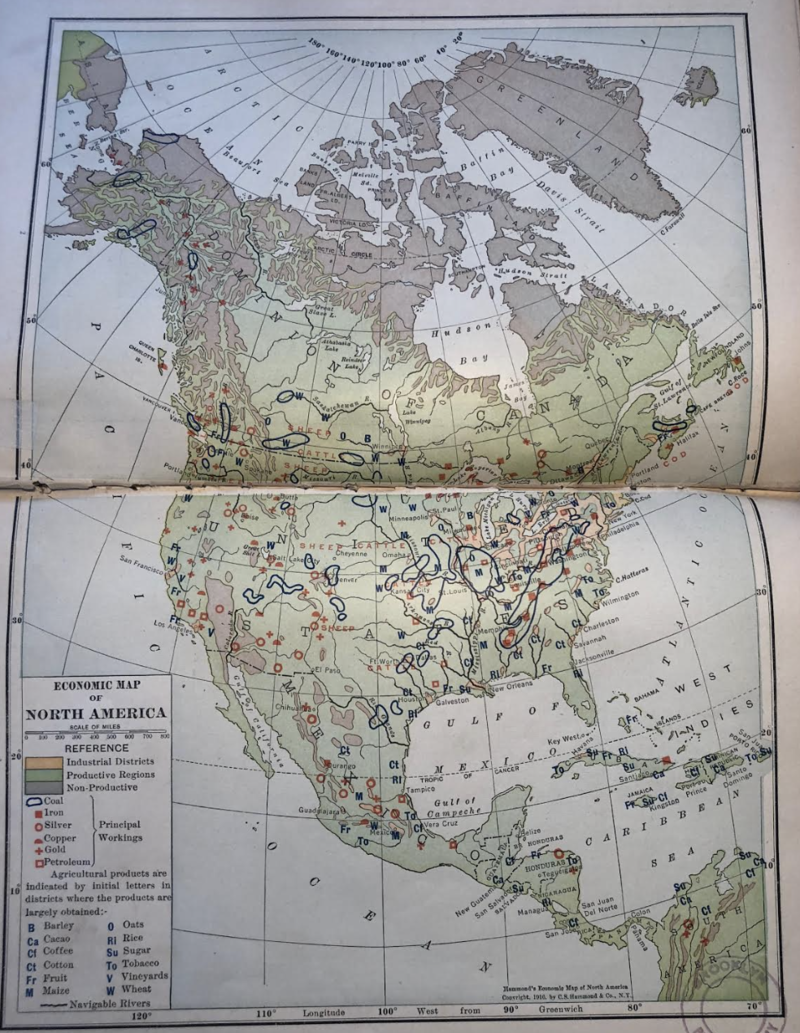 They're right next to each other. 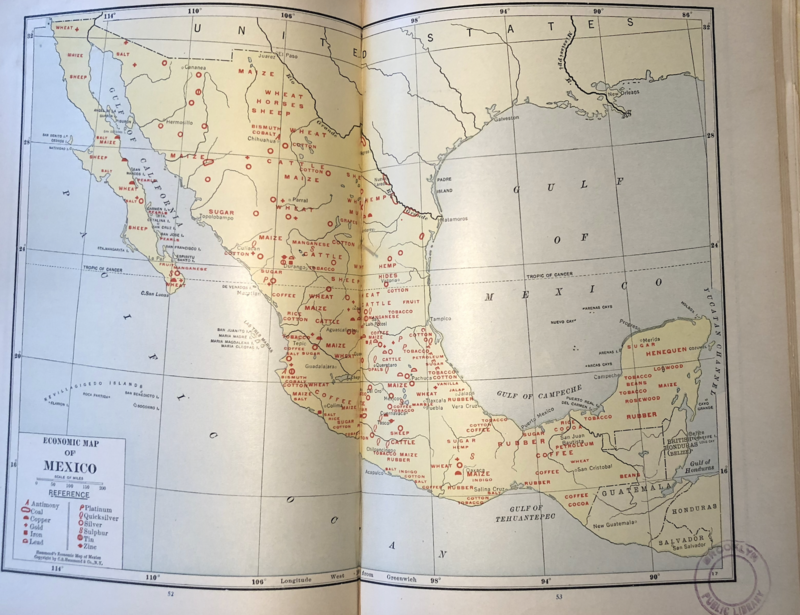 North America has industrial, productive, and non-productive areas. Mexico has resources to extract. It's hard to imagine this having no effect on the reader's perception of our southern neighbor.
The world was upside down just then. World War 1 ended in November of 1918, and the Mexican Civil War was raging until 1920. So I'm hopeful this is pacifist commentary on the cost of war, but it doesn't seem likely.
Anyway, last but not least, here's the screwiest thing I noticed: a "racial map" of Europe. 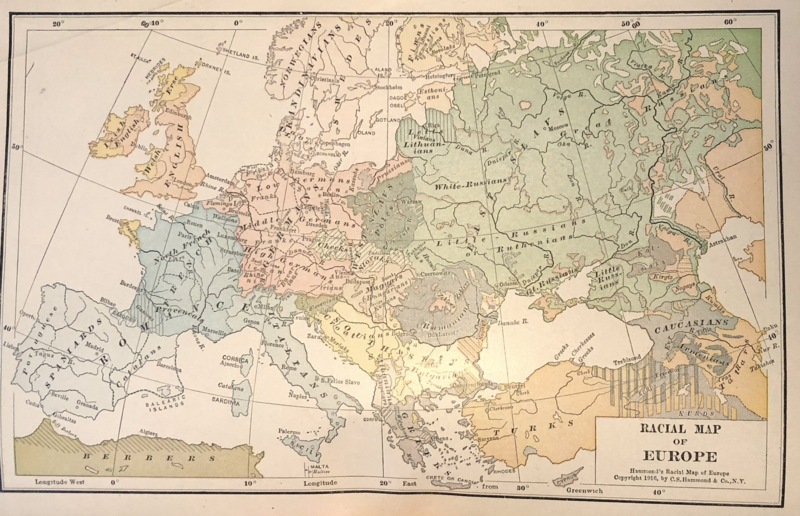